Dr. Nik Verma helped coordinate a test for COVID-19 antibodies from an estimated 10,000 employees from a reported 27-30 major-league teams.

This should be the third full week of the regular season, but baseball has been paused since March 12 due to the coronavirus pandemic.

Players have made two things quite clear.

No. 1, they want to get back to work as soon as possible.

On the latter point, more testing is still needed before the game — and society — can get back to normal. MLB has been a huge help on that end.

In a span of just three weeks, an estimated 10,000 employees from a reported 27 of 30 major-league teams were tested for COVID-19 antibodies.

The White Sox were one those teams. Dr. Nik Verma, sports medicine surgeon with Midwest Orthopaedics at Rush and head team physician for the Sox, coordinated the effort out of Chicago.

Brian Ball, the White Sox’s head trainer, coordinated the effort out of Arizona, where he has been since the start of spring training. 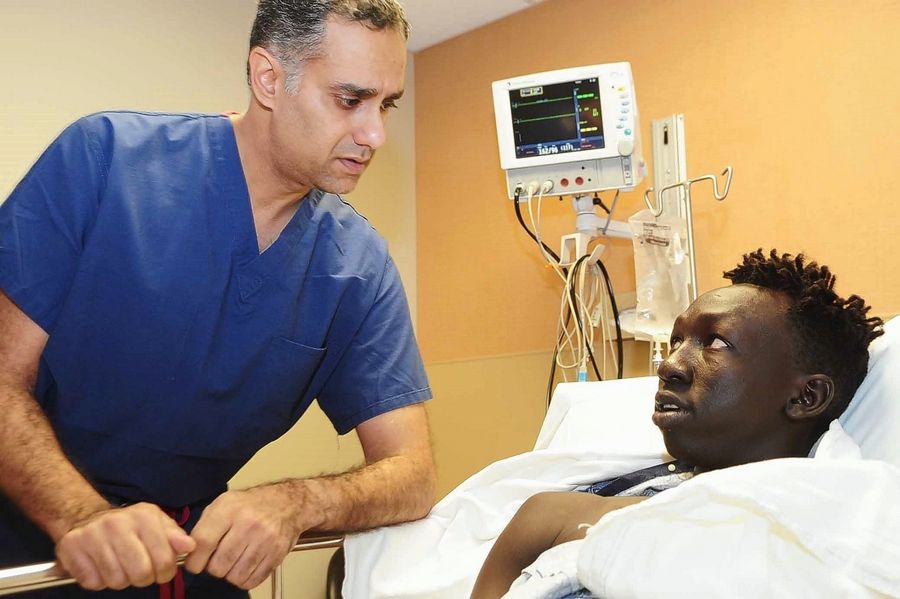 MLB volunteering to help the joint research effort conducted by Stanford and the University of Southern California was not motivated by a desire to rush back to the playing field.

“What happened is there is a group of researchers based out of Stanford and USC that were looking to do an epidemiological study where they could kind of identify, ‘What’s the prevalence of the disease within society?’ Meaning, ‘How do we know how many people have been exposed and have antibodies to coronavirus?’

“The way you do that is you get a large number of people in multiple different areas to perform the test. Logistically, the hard part for any researcher to try to do that is, how do you organize that? If I’m in San Francisco, how do I organize that in Detroit and Chicago and New York? That’s where the partnership was born.”

With a big assist from the MLBTPA (Major League Baseball Team Physicians Association), tests were shipped out last Friday and Saturday and the final ones were completed and returned Wednesday.

“They were finger prick tests,” said Verma, who has been on the White Sox’s medical staff since 2004 and the head team physician since 2017. “Prick your finger, put a drop of blood on a little test kit and it reads almost like a pregnancy test. It shows you a control line and presence of two different types of antibodies.

“Volunteers filled out surveys giving demographic information, any exposure history. ‘Do you know you had it (coronavirus) proven by a test? Any symptoms? Have you been exposed by anybody with coronavirus? Everything was identified and then you write your unique ID number on the test, take a picture of the test and send it back to researchers. I wouldn’t be surprised to see some of this data flowing out in next 10-14 days.”

Data is vital for the nation to safely emerge from the coronavirus pandemic.

“It’s really one of the first tests that asks, ‘How do we look at this and see what is the prevalence of the disease in the community at large?’?” Verma said. “The problem is, we’ve been hearing about so many minimally symptomatic or asymptomatic cases. So the question is, how many people out there really have antibodies or have some history of exposure to this problem?

“As we start thinking about ways we can, sure, open up baseball, but how do we open up the bank down the street or the restaurant or our favorite place to go get a drink?

“One of the things that’s being considered is we can start letting some of the people with immunity or suggested immunity start to re-enter society. But if that number is less than 1%, well, obviously, we’ve got a ways to go before even that segment of the population can affect society as a whole.”