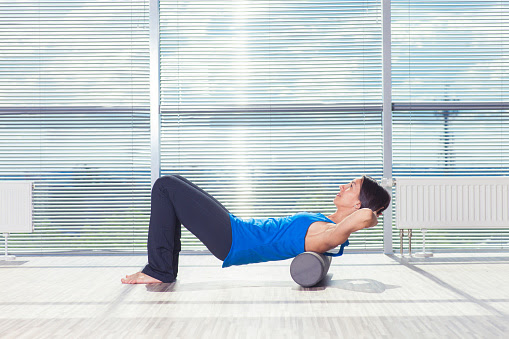 In the search to maximize training and improvement performance, many are now looking at what is done during recovery as a component of the entire training/performance routine. Many recovery modalities have been touted as the answer to post-exercise fatigue and reduced performance. There are three potential benefits that may be considered: immediate recovery (right after the activity), short-term (between sets) and recovery between training bouts. We will focus on training recovery, as this is the most common question from athletes and those participating in recreational competition. Some of the modalities that have been used include vibration, whole body immersion (usually cold water or contrast; cold then warm, alternating), compression garments, massage, electrical stimulation, heat or stretching or pharmacologic measures, such as nonsteroidal anti-inflammatories (NSAIDs).

In general, most of these modalities provide little, if any, benefit to recovery. Whole body cryotherapy (cooling) reduced strength loss at one hour post activity, with less pain than a passive recovery group, but by 24 hours there was no difference in strength or pain between recovery modes. Similarly, another study noted that athletes said their legs felt “lighter” at 24 hours when having used active recovery and cold immersion, but physical tests between groups showed no difference. Alternating cold and warm water immersion (contrast water therapy) showed the greatest decreases in soreness, but, as with the others, there were no differences in specific components, such as strength or range of motion.

Electrical stimulation (e-stim) is being marketed for pain reduction, and while advertisements may identify other benefits, the research suggests otherwise. E-stim does not seem to aid “restoration” of traits that are usually altered following intense activity, such as strength or fatigue. Cooling was shown to have a positive effect on aerobic activity. However, it has been noted that the results are variable and partially dependent upon the length of cooling and individual responses to the modality. While the prolonged use of NSAIDs is not recommended due to the potential for gastric issues, most of the recovery modalities do not have major negative effects when used appropriately.

Important components of recovery should include some relative rest, proper diet and rehydration. Diet and rehydration are especially necessary for longer activities and those in which the athlete is subject to high temperatures. In such cases, diet and hydration may help to restore energy resources to the muscle as well as restoration of electrolytes.

The evidence for physical benefits from recovery modalities is limited. However, many of the modalities appear to be useful for reduction of pain/muscle soreness. The noted reductions in pain/soreness may be temporary, but some have noted that this effect may allow an athlete to complete subsequent training, even if at a lower intensity. Furthermore, the psychological effect of any technique may be enough to promote improved performance or the ability to train at a desired level following previous intense bouts of training. Thus, the final decision regarding the use of a recovery modality will be based on your personal preference and the desired outcome. If pain/soreness reduction is important, then you may want to try a recovery modality. If the ability to do harder workouts in succession is the goal, a recovery modality will probably not help.