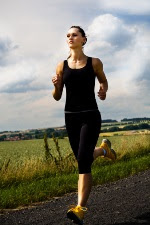 Can the belief that you are taking a drug that improves sporting performance enable you to run faster, even if you are not really taking it? In this study, the researchers tested the effect of injecting a placebo (saline), telling subjects they had been given a drug that would have performance-enhancing effects similar to erythropoietin (EPO) on running performance. Fifteen club-level runners performed 3km running races after being given the placebo every day for one week and after being given nothing (control ? no injection). Race times were 1.2 percent faster after the placebo. This suggests that some of the performance benefit of performance-enhancing drugs may be due to the placebo effect. The placebo appeared to have worked in two ways. It reduced the subjects? sensations of effort during exercise, so that they found the race to be easier. It also increased their potential motivation, or how hard the participants were prepared to push themselves. The performance improvement with placebo is of clear sporting relevance, as in many running competitions, the difference between winning and losing is less than one percent.