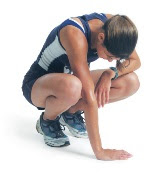 Players found the running test more difficult and, thus, ran shorter distances when they were mentally fatigued. They also performed less accurate passes and were slower and less accurate with their shots when they were mentally fatigued. These results suggest that mental fatigue could impair several components of soccer performance and may affect match outcomes. Therefore, to perform at their peak, soccer players should avoid mental fatigue before they play. Sport scientists and coaches should also design and implement strategies that reduce the buildup of mental fatigue during soccer matches.